Is God the same as the One Infinite Creator?

Is God the same as the One Infinite Creator?

Or is God the Logos of just this Universe?

I believe there are millions of Universes in this Octave.

Perhaps God is the entire Octave, where the Infinite Creator is all Octaves.

If you mean the Christian God, then yes that is the One Infinite Creator.

The Christian god is JHWH (Jahwe) and it is an invention to keep the people from the One Infinite Creator (that has no name).

In the vedic writings there are used different names for “god” to show the different aspects that can be seen in the creation.

I thought of God as a universal Logos. But the One Infinite Creator beyond all Logos.

YHWH is the name that humans gave to God, but I don’t think it has a name either.

“The 1st distortion, free will, finds focus. This is the 2nd distortion the Creative Principle or Love.”

Taos is not understood, Taos is not found, Taos can’t be explained… Taos is.

Nothing exist out of infinite creator

The word “God” has many interpretations, so it’s best to first query what is one’s definition of the word.

For example:
From Wikipedia; The Hindus defined “Brahman” as:
The pervasive, infinite, eternal truth, consciousness and bliss which does not change, yet is the cause of all changes.
So yes Brahman is the same as “The One Infinite Creator”.

Yet when one mentioned the word “god” to the Hindus, they will think that it’s an English word of “Deva” (shining beings) and there are many deva (or god); Shiva, Krishna, Vishnu, Ganesha et. al.
They are finite and not infinite given there are many of them, each have their own unique characteristics. Thus in such understanding the word “god” here is not the same as “One Infinite Creator” or Brahman.
In Ra/Quo’s lingos such “god” or “deva” in meanings is mapped as “Entity”.
A “Social Memory Complex” entity perhaps, either 4th, 5th or 6th density entity.

The names that the Hindus use are I think more like different aspects of the Infinity though.

It’s interesting as now that I am growing ‘old’

I am in the impossibility to give Creator a face, an appearance of any sort, while when a child I had this image that I was caressing His face to make Him not be sad… lol, while now and for many years there’s no gender, no appearance, no nothing it’s just… there. that exquisite loving feeling of ocean engulfing.

I really love how you put that. I’m always looking to deepen the love.

The names that the Hindus use are I think more like different aspects of the Infinity though.

And so does any other names that used by anyone.
As infinity, has infinite aspects thus infinite names, if one need to named it using symbolism of sound. Yet every aspect has a boundary, that is used to define the aspect and not the aspect.
While infinity does not have any boundary.

Interestingly, Christianity labeled such view as “Paganism”, the one that they’re “fighting against”.
I was once asked “Do you believe Jesus is god?”, which I answered with “Yes, as godly as you and me”. Which then they will try to refute the “you and me are godly” while insisting the exclusiveness of “Jesus is godly”, because seeing that everyone (and everything) are god is a ‘Pagan belief’.

As you look about you in your daily experience, in the meditative state, look and see the One Creator. Feel, in some essence and some degree, the Creator within yourself seeing itself through your eyes. When you see other entities moving about you, see the Creator. When you look into a mirror, see the Creator.
– Quo, January 11th 2020

Thank you Quid !. I guess we are little Pagans whom I always loved !!

Yeah…YHVH— יהוה‎
Jehovah, said Yah-Ho-Vah
This is but one aspect of the One in the Western Tradition; in esoteric Christianity and not exoteric Christianity.
Also, YHSVH— י ה ש ו ה (Yehshua, Yehoshua, Yeheshua or Joshua)
And many, many more including ADNI Adonai

Perhaps God is the entire Octave, where the Infinite Creator is all Octaves.

We wonder on this… perhaps here/now in this space/time, any “word” is within limitation due to matters like “confaion” and such…

I ask; if no word here/now can describe this wholly, then the essence betwixt the thought and the word is something to observe? correct?

As for “entity” called “Yahweh” Ra did mentioned them on some occasions. 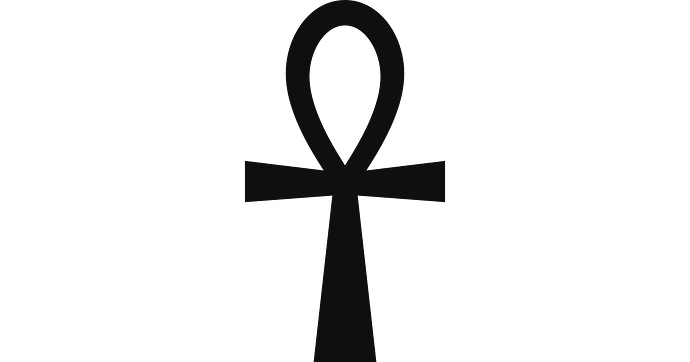 The Law of One Search Results for ‘yahweh’

Lawofone.info is a website dedicated to the study of the Law of One material channeled by L/L Research in the 1980s.

So does Jesus or Yahshua… (4th density positive entity)

Ra refers to them as “entities” and rarely or never uses the term “god”.
Thus in such context, the term “god” is not the same as the one infinite creator.

The “prophets” (individual or subject), ‘sincerely’ believing that they were actually speaking to, or getting a message directly from a “Loving God”, or to be more precise, from ‘The One Infinite Creator’. This, for the most part, was emphatically not the case.

A great example of this type of mind manipulation was the “burning bush”, as witnessed by Moses. It is to be noted that the so-called ‘Ten Commandments’ was passed-on to Moses via this type of ‘thought-form’ manipulative method.

Any entities of ‘Positive’ orientation would not use such method due to few reasons, and some of these are mentioned below:

There is a single definition that cannot be mistaken with something else.
That is “Infinite”, something that is borderless has no limit or boundary in any dimension.